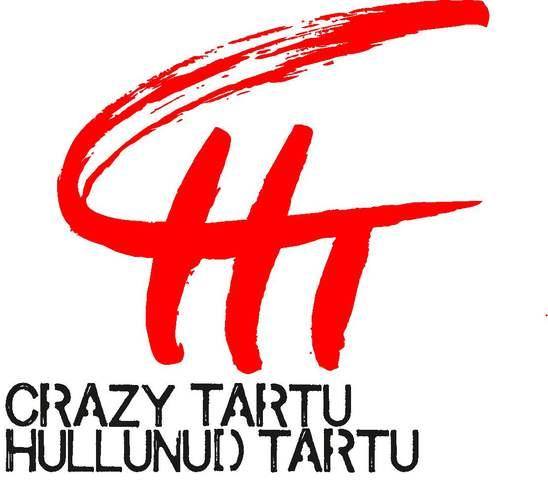 This week we spoke to Tartu City of Literature to find out what they've been doing during lockdown as part of our World Literature Wednesday series.

They told us about their 'Crazy Tartu' anthology celebration, and how they've been helping support their artists. Marju Unt, from Tartu City of Literature, shared the link to the live readings from the celebration (with introductions and readings in English too), and told us a little bit more about the event. You can read what she had to say below the video.

Presentation of the anthology Crazy Tartu. Picture and Word 3 at Tartu Literature House on May 19th 2020.

'Among other online events, this strange spring has brought to the audience the presentation of the anthology Crazy Tartu. Picture and Word 3 ("Hullunud Tartu. Pilt ja sõna 3" in Estonian). Broadcast on May 19th from Tartu Literature House, the video features readings of the works included in the anthology both in Estonian and in English. The multilingual anthology is a collection of works by authors and visual artists who have performed at the international interdisciplinary festival Hullunud Tartu/ Crazy Tartu during 2016-2018.

Initiated in 2010 and organised in cooperation between the bookshop Utoopia, the Estonian Literary Society and the Estonian Writers' Union, Crazy Tartu brings together writers, poets, musicians and artists from all over Estonia and also from abroad. The 2-day festival offers an intense program and the atmosphere always has some conceptual weirdness. It is a festival with a twist, inviting the performers as well as the audience to 'go crazy'.

The informal nature of the festival itself is also reflected in the video of the presentation: it is a conceptually amateur recording, some parts of the program and the order of the readings are discussed during the event and the the performers remember half way through the event that there might also be international viewers. Still, the excitement, creativity and humour, are visible as it is at the times of the festival which hopes to welcome guests and audience live again in November 2020. The collection will also be published digitally and will soon be available on Tartu City of Literature website.'

Jüri Kolk - a poem in Estonian, some of his translations of Russian poetry and a parody of how (some) Estonian actors read poetry

Kristel Mägedi - a poem and a song

Berk Vaher - poems in Estonian and in English

More about Tartu City of Literature

Tartu was designated a City of Literature in 2015 and is the second largest city in Estonia. With the establishment of the University of Tartu in the mid-17th century, the city became a hub for research, innovation and creativity.

The major literary events are Prima Vista Festival and Crazy Tartu, organised by the Estonian Literary Society and the Estonian Writers’ Union. Both events bring together writers, poets, musicians and artists from all over Estonia and abroad.

Find out more about Tartu here.