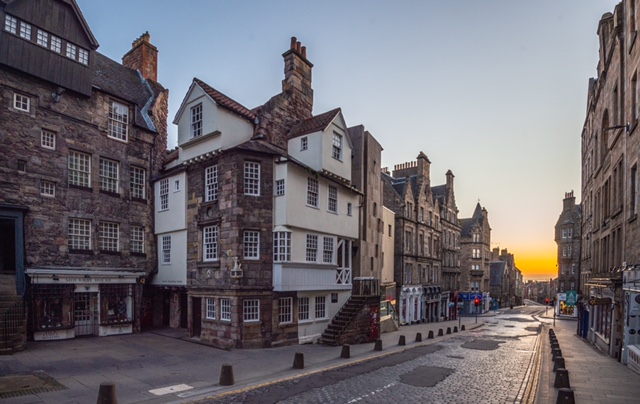 We're thrilled to say that Edinburgh cements its place as a world leading literary city with the announcement that the UNESCO Cities of Literature Network Conference will be held in Scotland’s capital in 2024. Celebrating twenty years since the creation of the UNESCO Creative Cities Network when Edinburgh received its designation as the very first UNESCO City of Literature, representatives from over 40 Literary Cities around the world will come to Edinburgh in October 2024 to mark the achievements of the past two decades and plan for the next two.

The City of Literature title and concept was devised in Edinburgh by our founding trustees, and presented to UNESCO in 2004. There are currently 42 Cities of Literature in 32 countries across six continents, and by 2024 it is anticipated that that number will have grown to 45. We're so excited to welcome colleagues from across the world to Scotland, and to show them everything Edinburgh has to offer. Edinburgh is also the founding city in the wider UNESCO Creative Cities network which embraces seven different artforms, totalling 246 cities around the globe, with thirteen cities across the UK holding a UNESCO Creative City designation.

“At the very heart of Edinburgh’s City of Literature status is the idea of international collaboration and sharing. We are very much looking forward to welcoming representatives from literary cities around the world to Edinburgh, to show off our beautiful city, our literary heritage and thriving contemporary literary scene. We want to share ideas, celebrate the achievements of cities across the network and inspire newly designated cities. We want to spark ideas for new cross-artform collaborations and new international projects to support writers and readers across the Creative Cities Network.”

‘Edinburgh winning the bid today to host the 2024 UNESCO Cities of Literature conference is an important moment. Our network owes a debt to Edinburgh for helping create the City of Literature designation and their many years of work to establish and grow the network. This will be an opportunity to remind the people of Edinburgh how proud they should be of their role in starting this incredible international network and how much has been achieved in 20 years. The conference coming ‘home’ to Edinburgh in 2024 seems a fitting way to celebrate the 20 years of the network, and a great point from which to look forward to the future.”

“The decision to bring this important conference to Edinburgh on the 20th anniversary of the designation of our Capital city as the very first UNESCO City of Literature underlines Edinburgh’s importance as a world-renowned centre for literature. It is an opportunity not only to celebrate our achievements, but also to share experiences and explore future collaborations with other members of the Literary City network.”