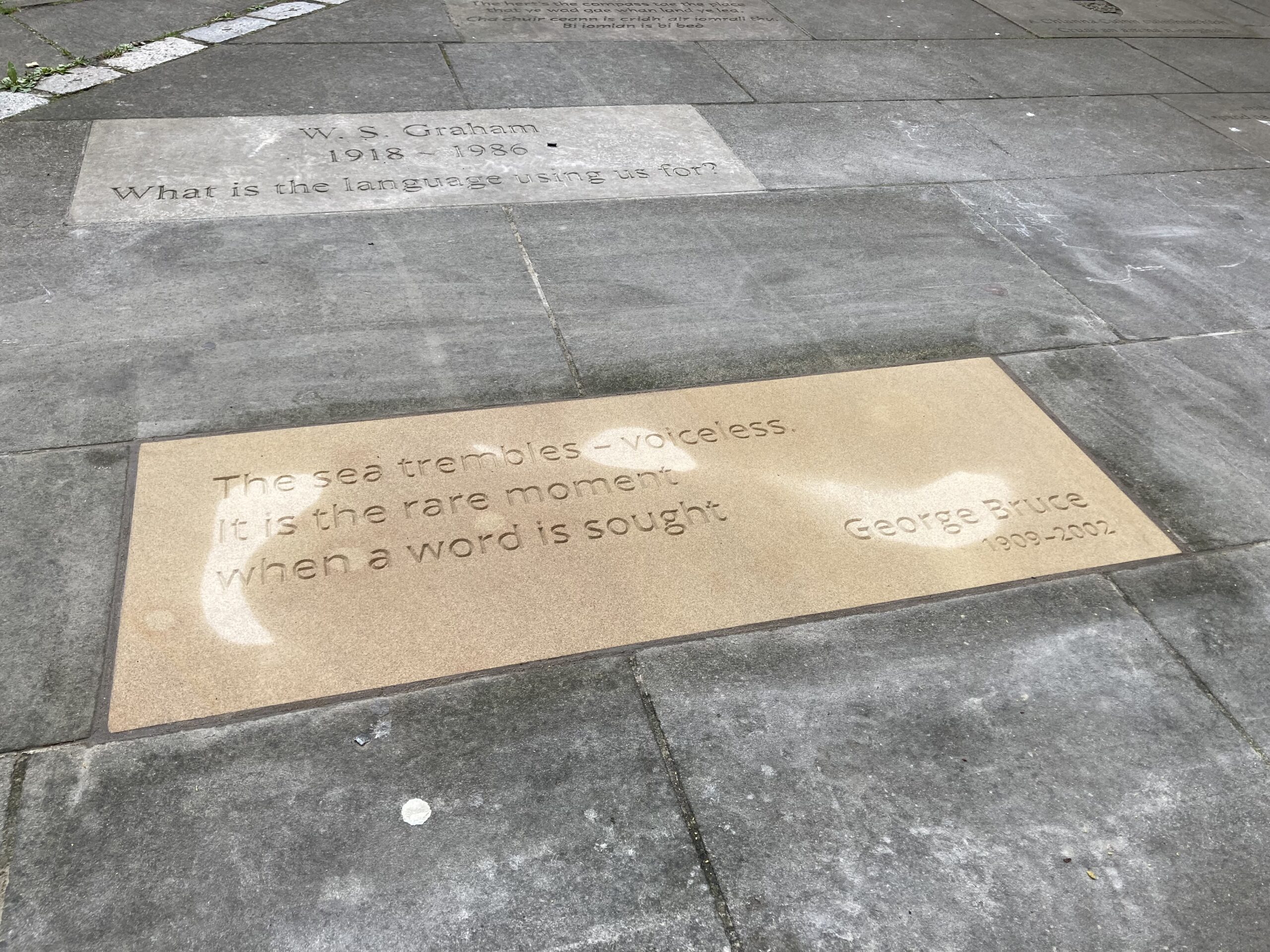 The EUCL team were thrilled to be able to attend the laying of a new stone in Makars’ Court to celebrated Scots poet George Bruce. Bruce is the latest addition to Makars’ Court, where Scotland’s most esteemed writers have been celebrated since its establishment in 1998.

Bruce now rubs stony shoulders with Sir Walter Scott, Robert Louis Stevenson, Muriel Spark and others at Makars’ Court where his memorial flagstone is inscribed with his name and the line:

The ceremony was attended by Bruce’s family, friends, and fellow poets including former Edinburgh Makar Alan Spence, who spoke of his friendship with Bruce and read some of his poetry. George’s son David Bruce also gave a moving tribute to his father.

It was a special celebration in particular for our director, Ali Bowden, who published a collection of George Bruce’s poems in her former life as an editor.

Born in Fraserburgh in the north-east of Scotland, Bruce’s poetry references his family’s seafaring heritage in the herring trade and his own upbringing on the wild North Sea coast.

As well as his beautiful poetry, Bruce was producer of programmes for BBC Radio at Aberdeen; the programme ‘Scottish Life and Letters’ ran for over twenty years. In 1956 he moved to Edinburgh to work as a features producer for BBC television until his retirement in 1970; his production ‘Counterpoint’ was the first television arts programme in Scotland.

On his death In 2002, Bruce was described by the Guardian as being ‘arguably the last great poet of the Scottish literary renaissance’. It’s wonderful to see his life and legacy commemorated permanently in Makar’s Court.