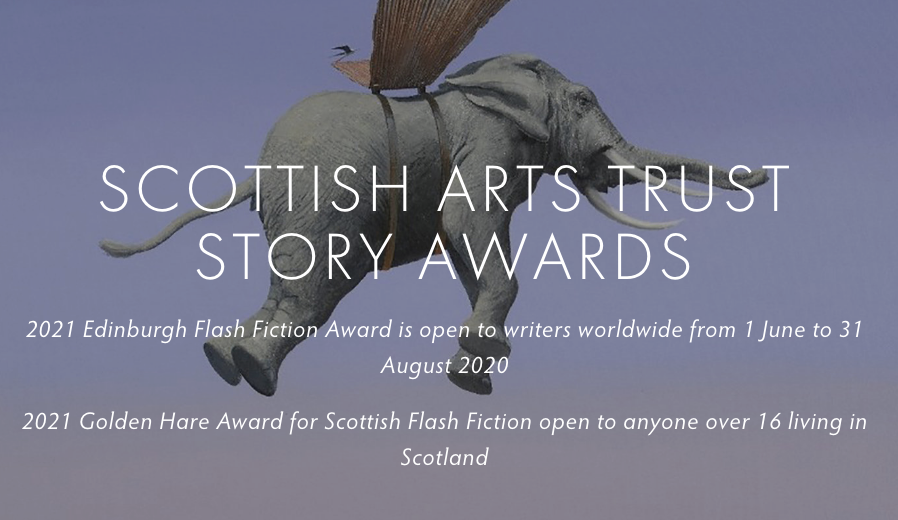 The Golden Hare Flash Fiction Award is open to writers from across Scotland until 31 August 2020.

Anyone over 16 years of age, published or unpublished, may enter the Golden Hare Award for Scottish Flash Fiction, which carries a first prize of £300.

The Award is open to writers living or studying in Scotland for stories on any topic up to 250 words. All entries for the Golden Hare Award are also eligible for the Edinburgh International Flash Fiction Prize.

Award winning authors, Louise Welsh and Zoë Strachan, will choose the prizewinners, assisted in the earlier rounds of the competition by a team of experienced readers. You can learn more about the judges here.

Up to twenty shortlisted flash fiction writers will be invited to attend the annual Edinburgh Flash Bash held in February 2021 at the Scottish Arts Club.

The entry fee is £6 per story. To apply, submit an entry for the international £600 Edinburgh Flash Fiction Award, and tick the box on the entry form saying that you would also like to be considered for the Golden Hare Prize.

* Publication in their anthology will be offered to the top 20 flash fiction stories.