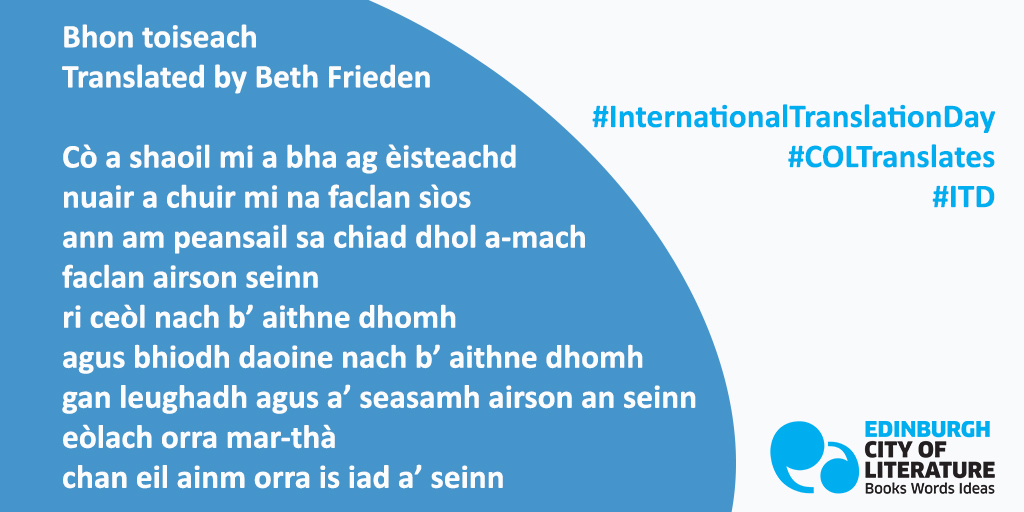 The UNESCO Cities of Literature celebrated International Translation Day on September 30 with a collaborative project to translate the same poem into languages spoken in their cities across the globe.

Around the world, UNESCO Cities of Literature marked the day by translating W.S. Merwin’s poem, ‘From the Start’ into a language spoken in their city. Cities of Literature taking part in the project include Odessa, Utrecht, Leeuwarden, Reykjavik, Bucheon, Granada, Dublin, Iowa City, Edinburgh, Manchester, Krakow, Kuhmo, Ulyanovsk, Heidelberg, Quebec, Tartu and Nanjing. The poem has been translated into nearly 30 languages across the 39 cities in our network.

International Translation Day is meant as an opportunity to pay tribute to the work of language professionals, which plays an important role in bringing nations together and facilitating dialogue, understanding, and cooperation.

'Hearing one another’s stories is the best way to build empathy in our increasingly fractured world, and the art of literary translation is one of the best tools we have to spread those stories across the globe,' said John Kenyon, executive director of the Iowa City UNESCO City of Literature and coordinator for the Cities of Literature.

Scotland is a nation of three official languages: English, Scots and Gaelic. And we welcome many more! With the support of the Gaelic Books Council, we chose to translate the poem into Gaelic. 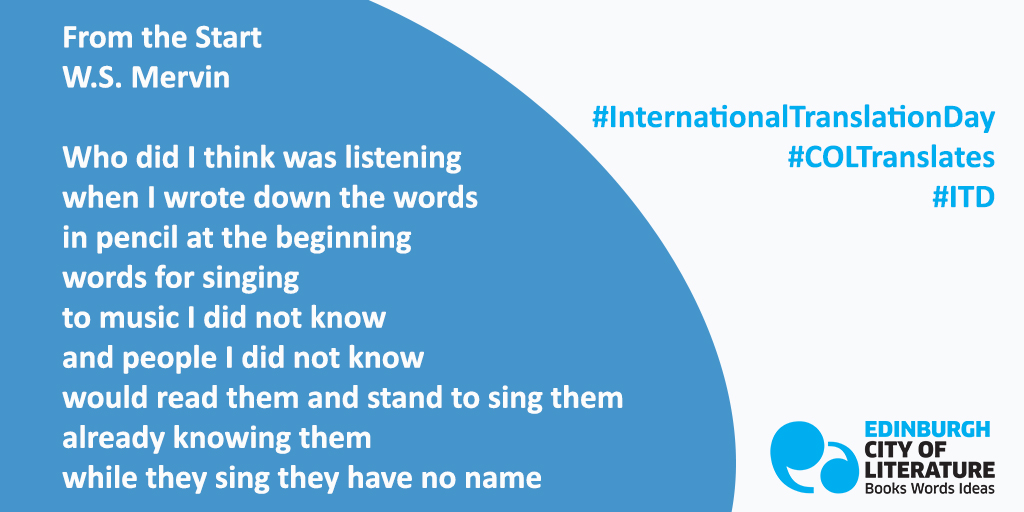 The Gaelic Books Council is the lead organisation with responsibility for supporting Scottish Gaelic writers and publishers, and for raising the profile and reach of Scottish Gaelic books in Scotland and internationally. They support publishers wishing to publish books in Scottish Gaelic by offering funding opportunities, and they support Gaelic writers through offering commission grants. Gaelic is a huge part of Scotland’s cultural and literary history, and the Gaelic Books Council does excellent work in increasing the range and impact of Gaelic literature.

And they’re just one of the fantastic organisations working in translation in Scotland.

The Publishing Scotland Translation Fund supports publishers based outside the United Kingdom with the payment of translation fees to translate Scottish writers, raising the profile of Scottish literature all over the world. Now in its sixth year, the fund recently made awards to fifteen international publishers to translate works by Scottish authors into Bulgarian, Croatian, Danish, French, German, Italian, Montenegrin, Portuguese, Slovenian, Tamil and Ukrainian.

The Society of Authors Translators Association provides a source of expert advice for individual literary translators and is also a collective voice representing the profession as a whole. Current campaigns include #Namethetranslator, which promotes translators being credited adequately for their work, and increasing the eligibility, recognition and rewarding of translations in literary prizes.

Languages, with their complex implications for identity, communication, social integration, education, and development, are of strategic importance for people and the planet. The Cities of Literature are passionate about the preservation and celebration of language and translation to bring us all closer together.

In 2004 Edinburgh was designated the world’s first UNESCO City of Literature, a permanent title celebrating Edinburgh's status as a literary capital and pioneer in the UNESCO Creative Cities network, which now has 246 member cities in seven creative artforms across the globe. The concept of a City of Literature was devised in Edinburgh by the Trust’s founding members and there are now 39 UNESCO Cities of Literature in the world.