Krakow City of Literature is looking for Polish communities in Edinburgh to join their Read PL! e-book and reading promotion campaign.

Read PL! is a strategic project run as part of Krakow UNESCO City of Literature's annual programme, aiming to address low rates of reading in Poland and the issue of reaching new and younger readers, who increasingly use technology. 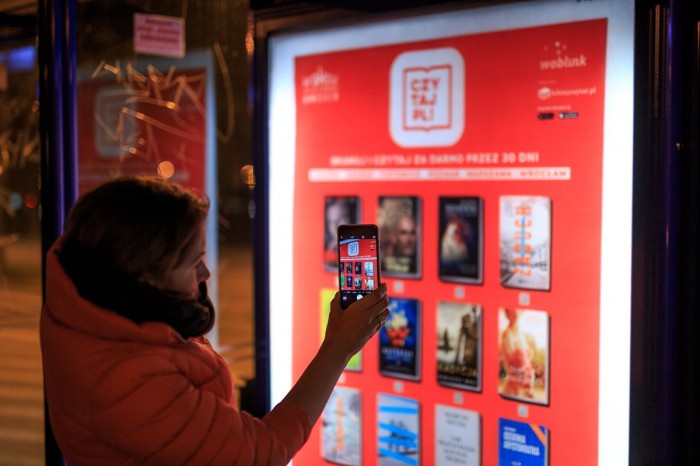 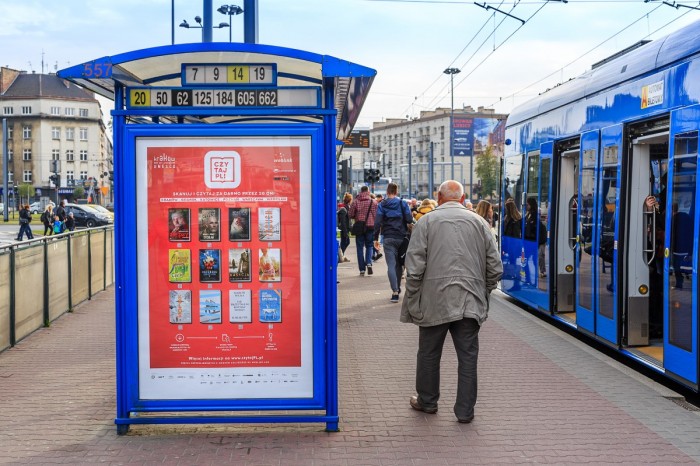 The campaign, previously taking place only in Krakow, was expanded to other major cities in Poland, and a total of 300 public transport stops in Krakow, Gdańsk, Katowice, Poznań, Warsaw and Wrocław were included in 2015.

In 2016, the project reached a total of 16 Polish cities, with members of the public able to download best-selling books by leading Polish and international authors, including Marek Krajewski, Łukasz Orbitowski, and others.

This year the campaign is running again, featuring a poster with the covers of 12 best-selling Polish novels which the public can download for free throughout the month of November.

Each cover has its own QR code which allows you to download the selected book for free and enjoy it until the end of the month.

You can also download the poster here, and help us ensure that the project reaches Polish readers in Edinburgh over the coming month. 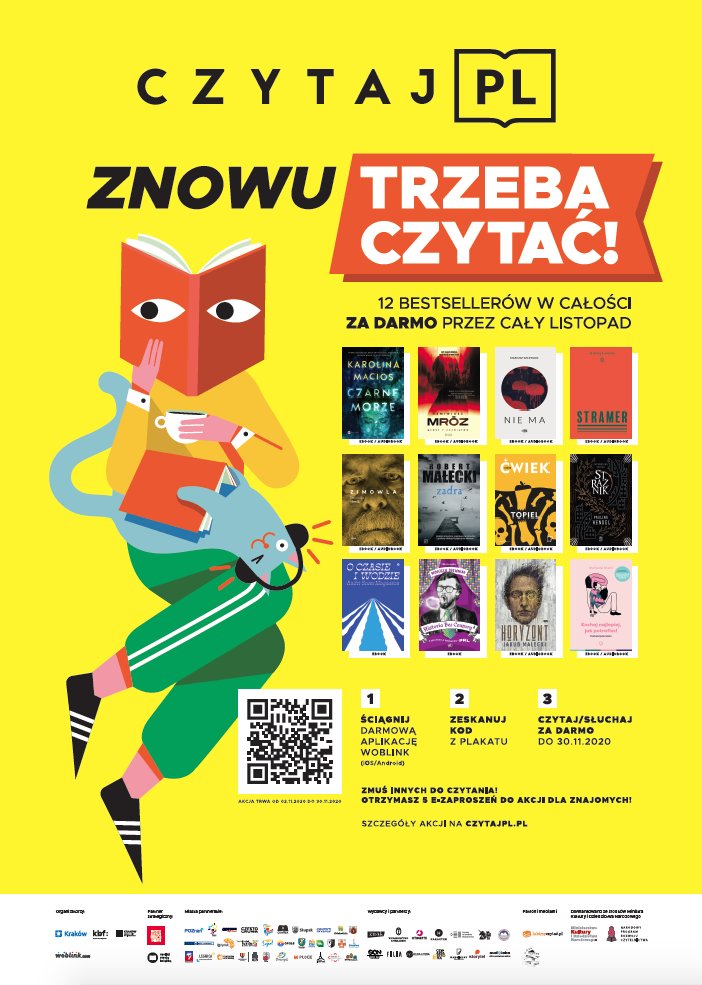 Krakow was designated a UNESCO City of Literature in 2013. At the heart of Polish language and literature, Krakow is celebrated for its publishing tradition dating back to the 16th century. Home to over 75 bookstores and nearly 100 publishing companies, the Polish Book Institute and Poland’s oldest university, the Jagiellonian, founded in 1364, Krakow is also recognised for having the first scriptoria, established in the city in the 11th century. Renowned writers are connected with the city, including Joseph Conrad Korzeniowski, Adam Zagajewski and Nobel Prize Laureates in Literature, Henryk Sienkiewicz and Wisława Szymborska.