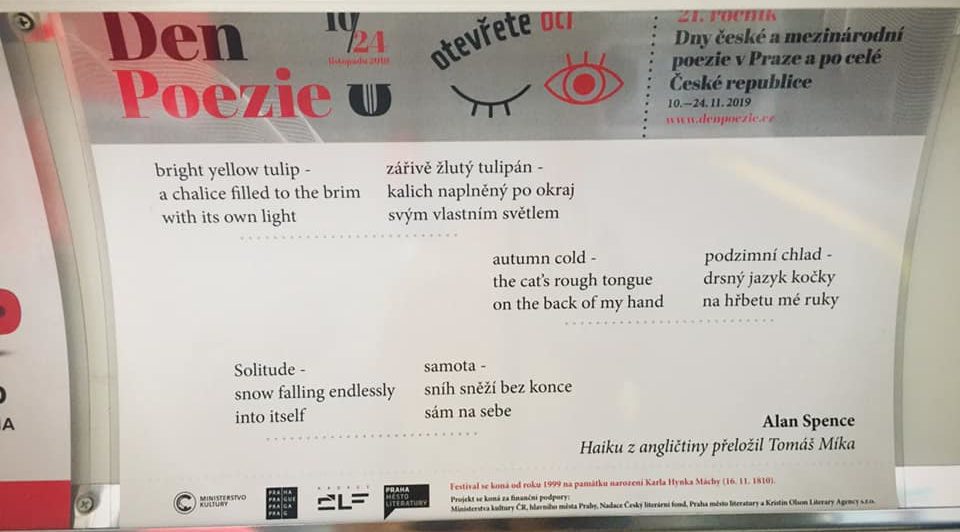 My Prague by Alan Spence

Edinburgh's Makar, Alan Spence, talks about his visits to our sister City of Literature, Prague.

This year the annual UNESCO City of Literature conference was due to take place in Prague, but due to the global COVID-19 restrictions, the conference is taking place online instead from 21-25 September 2020. To shine a light on Prague as a City of Literature, Alan Spence has written about his time there over the years.

'Prague, Praha. Threshold. A gateway between worlds, a portal. A city of alchemy, of magic, and of literature - Kafka, Kundera, Havel.

My own love affair with the city goes back to my first visit, in the late 1990s. Before that I had known of Prague only through newsreel footage as a radical city, a centre of popular uprising, from the Prague Spring of ’68 to the Velvet Revolution more than twenty years later. 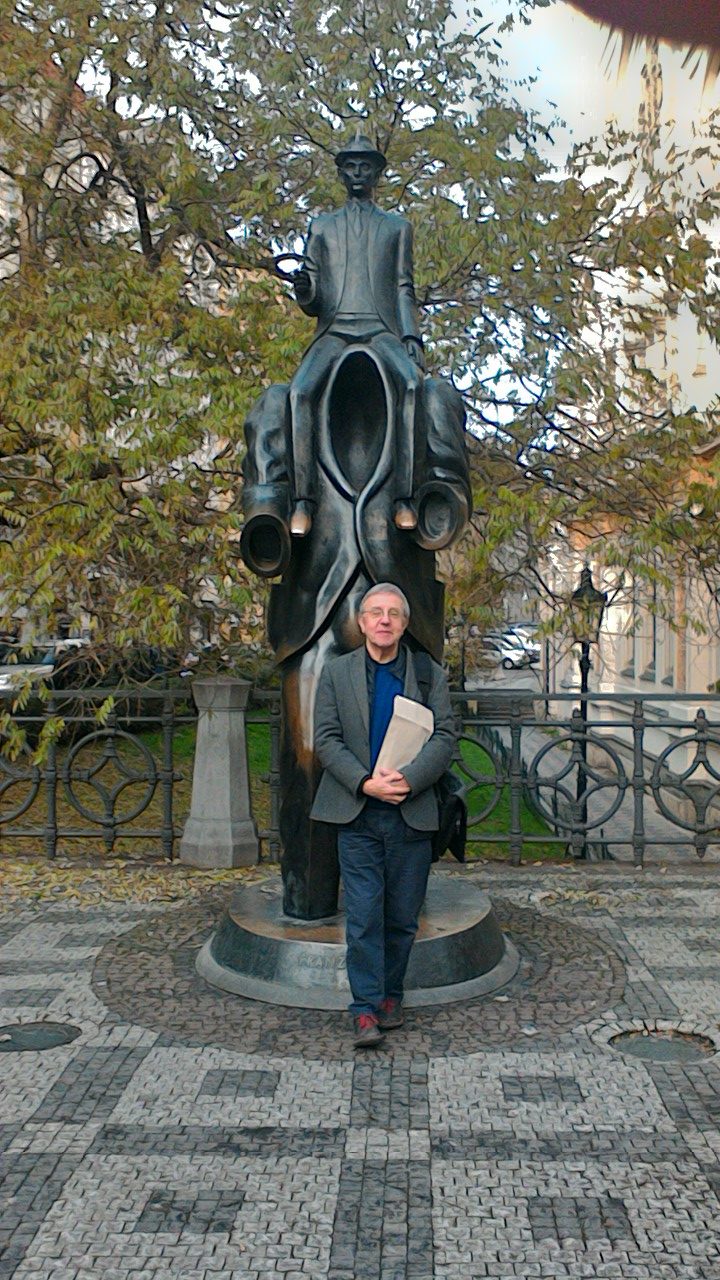 That first visit was blessed. I was funded by the British Council to give a series of readings and lectures. But the blessing - the magic - was that I was given a guided tour (on foot) by the great Ivan Klima. I had been privileged to share a stage with him at the Edinburgh International Book Festival the year before, and he did me the great honour, and kindness, of meeting me in his home town, showing me his Prague.

Looking back, I find that visit has a dreamlike quality (a quality I was to rediscover on each of my subsequent visits!) Through Klima’s eyes I saw the old Jewish Cemetery, the theatre where Havel’s first, absurdist, plays had been performed, the John Lennon Wall. I was moved, and inspired, and hugely grateful.

Fast forward almost two decades more to my next visit at the invitation of the wonderful Bernie Higgins, to take part in her Den Poezie festival. I read my own poetry, and gave a talk on the work of my teacher Sri Chinmoy (on the theme of Poetry as Mantra) at the Anglo-American University. I also read at the floating gallery and arts venue, (A)VOID on the Vistula River. The programme was international and featured Czech poets Zuzana Lazarová and Petr Borkovec. Both events were well attended, in fact I played, as they say, to packed houses! 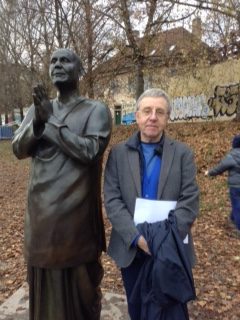 For the (A)VOID reading I was lucky enough to have my poems translated by Tomas Mika, himself a fine poet and accomplished translator, and I met him on my next visit a year later when we read at the atmospheric cellar venue Literarni Kavarna Retezova with the legendary poet-singer-songwriter Jiri Dedecek. 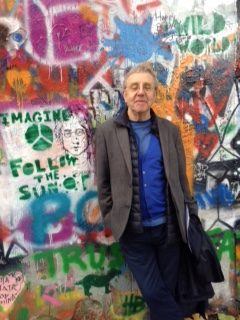 Another year on and I was back giving a talk on my work, and Scottish literature generally, at Charles University, chaired by Petra Poncarova from the University’s Department of Anglophone Literatures.* Under the auspices of Prague City of Literature (inspired by the dynamic Katerina Bajo) I once again read at Den Poezie, again in an international event, but most importantly featuring the newly-appointed Prague City Poet Sylva Fischerova whose appointment was directly inspired by my role as Edinburgh’s Maker, or Poet Laureate.

In between times, my poetry has appeared on the Prague trams and on little leaflets distributed to hospitals and other locations throughout the city (another imaginative ploy by Bernie Higgins!) There was also a two-page interview feature on me in Literarni Noviny newspaper.

This year I was due to appear again at Charles University as a keynote speaker in a symposium on Scottish Literature. A collection of my haiku (translated by Tomas Mika) was to have been published by small Prague press Paperjam. Both projects are (I hope temporarily) on hold, and I look forward once again to revisiting this city I love.

*You can watch a recording of Alan Spence at Charles University here.

Alan Spence's writing covers many forms including haiku and tanka, often in collaboration with artists such as Elizabeth Blackadder and Alison Watt. His most recent novel is Night Boat, published by Canongate, and is based on the life of Zen master Hakuin. You can have a browse of some of his other Canongate titles here.

Alan Spence also owns and runs the wonderful Citadel Books in Edinburgh, selling a wide range of new and quality secondhand books as well as artwork and prints. The shop can be found at 41 Montrose Terrace, Edinburgh.

You can read some of Alan's poetry on the Scottish Poetry Library's website, and a quick search online shows you some of the exciting stuff he's been up to during his years as Makar already.

About the Edinburgh Makar