Enter the Young Walter Scott Prize 2021 and connect with your inner time traveller.

Now in its seventh year, the prestigious Young Walter Scott Prize – the UK’s only creative writing prize specifically for young writers of historical fiction – is currently open for entries.

If you're aged between 11 and 19 and have a story of between 800 and 2000 words which is set before you were born, the Young Walter Scott Prize judges are waiting to read your work!

You could be one of the two winners to receive a £500 grant for travel and research and tickets to the Baillie Gifford Borders Book Festival in Melrose, Scotland, in June 2022, where there will be a presentation of the prizes. All winning and highly commended writers see their work published in the special Young Walter Scott Prize anthology.

Entries are judged in two categories (11-15 years and 16-19 years) and the judges are on the lookout for stories with historical relevance and accuracy, originality, a good grasp of language, characterisation and plot – but above all enjoyment in your writing.

To those starting out in writing historical fiction, master of the genre, and winner of the 2021 Walter Scott Prize for The Mirror and the Light, Dame Hilary Mantel, gives this advice:

Remember facts are never the whole story. Research is not just about names and dates –it’s about imaginative, sensory closeness to the past...For your chosen period, you become a magpie. As you are reading, watching, listening, you pick up anything that glitters. Don’t ask, how does this fit in my story? Just take it home to your nest. Sooner or later, you’ll see why it attracted you. 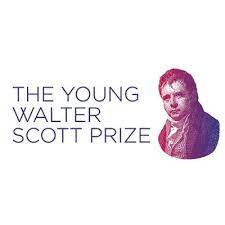 The 2020 Young Walter Scott Prize winner in the 16-19 age category was Madeleine Friedlein for her Slaying Holofernes, inspired by the visual artist Artemisia Gentileschi’s painting Judith Slaying Holofernes, displayed in the National Gallery in 2020. Poignantly, the young winner saw the exhibition on BBC 4 during the first UK lockdown in Spring 2020 as the Covid-19 pandemic stilled life as we knew it.

The 11-15 age category was won by Atlas Weyland Eden, whose We Wolves is set 35,000 years ago in the steppe of Central Europe, before the written word and static settlements, on the eve of the next phase of human evolution.

Submit your entry in hard copy by post, accompanied by an entry form which can be downloaded here. Your stories can be submitted until 1st November 2021. Full details can be found on the YWS Prize website here. Good luck!