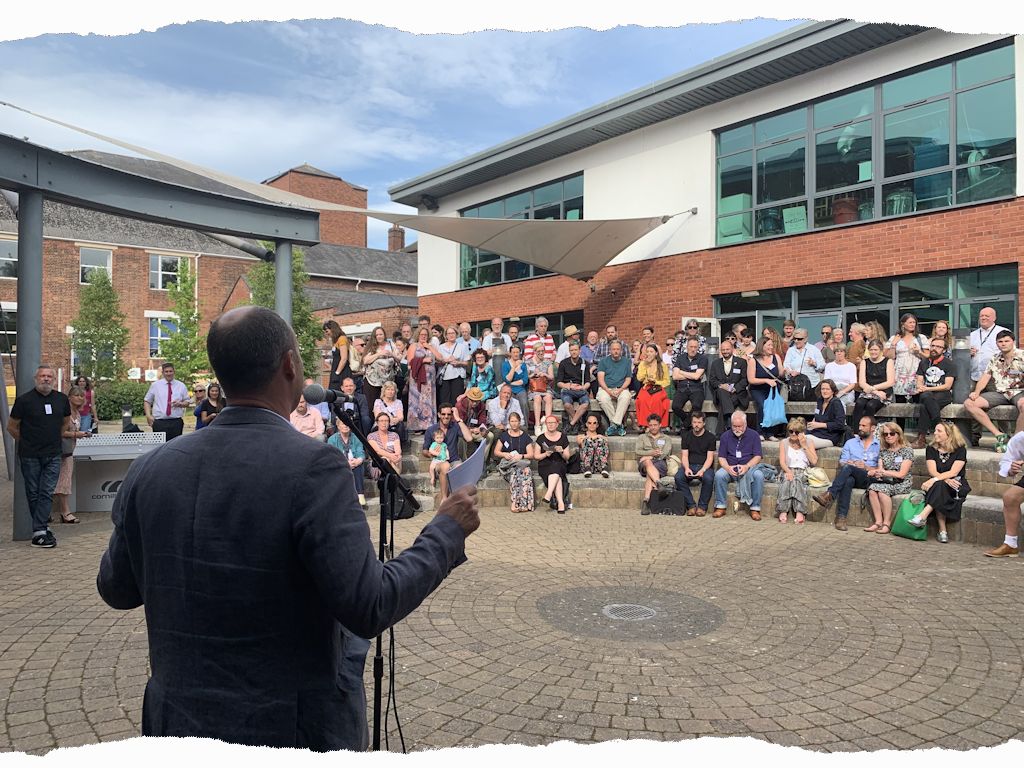 The city of Exeter has recently become successful in passing through the first phase of the process of joining Edinburgh to become a UNESCO designated ‘City of Literature’.

At the heart of their application is the importance of activities such as reading, writing, and storytelling, on overall wellbeing.

Exeter was one of four UK cities given endorsement from UNESCO’s UK Commission to join the Creative Cities Network, and their application will now go into an international competitive process, with the result being announced in November. If successful, Exeter would join Edinburgh, Norwich and Nottingham as cities of literature in the UK.

As a city, Exeter has a wealth of literary history. Charles Dickens was inspired by Exeter in much of his writing, describing the Exeter area as 'the most beautiful in this most beautiful of English counties'. He even based the sly Pecksniff, from Martin Chuzzlewit, on a resident from Topsham. In 1858, he gave a reading of A Christmas Carol at the Royal Public Rooms.

There’s even an Edinburgh connection between the two cities, as J.K. Rowling, author of the much-loved Harry Potter series, studied French at the University of Exeter. Like Edinburgh, Exeter too, has its own book festival, the Exeter Literary Festival. This Festival is in its second year, and features author talks and events, as well as a short story competition.

A number of bookshops can also be found in the city, such as Book-Cycle, a not-for profit organisation which collects unwanted books from Devon and Somerset to house them in Briatian’s only ‘free-bookshop’, Rare and Antique Books, who deal in rare and collectable first edition modern and children’s books, as well as a Waterstones and Blackwell’s.

Rachel Sutton, Lead Councillor for Climate and Culture, said: 'Exeter has a strong track record of supporting the arts, and spends three times the national average amount per head per week and on the day that we launched the city's Cultural Strategy, I am delighted that our application to become UNESCO City of Literature has been chosen as one of four from across the UK to go forward for consideration by UNESCO. There is still a long way to go until we know if we have been successful but this is exciting news.' The bid, led by Exeter City Council, is a partnership between: Exeter City Council, Exeter Culture, The University of Exeter, Devon County Council, Libraries Unlimited, Literature Works, Exeter Cathedral and Exeter Canal and Quay Trust. Literature Works, the literature development agency for south-west England, wrote the bid on behalf of the steering group.